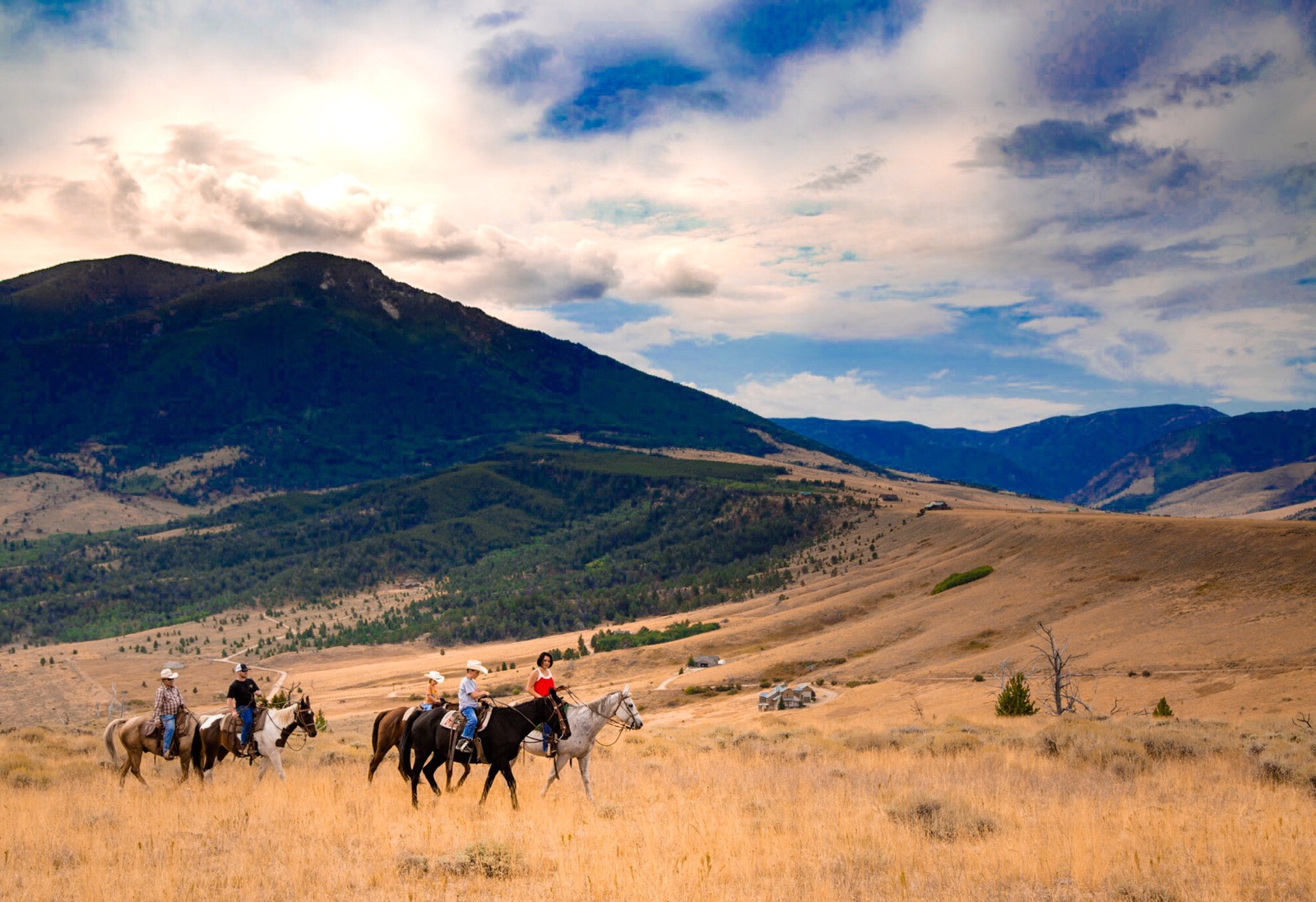 Elk River Outfitters is a fifth generation Montana family owned business.  It started as a conversation between then teenager Brad Edward and his grandfather Bill Hayes, as they rode together working cattle on the plains of Eastern Montana during the summer. They talked of owning a pack string in the cooler mountainous areas of Montana.

After Brad graduated from college, he began working towards the realization of that dream, gathering equipment, horses and experiences.  He also gathered a family, marrying his wife Cyndi and raising their four sons, Brad Jr., Chase, Zach, and Tanner, as they continued to work toward their goal.  Finally in 1994 they began offering trail rides around Billings.  Then they moved the bulk of their operation to Red Lodge in 2003.  They have continued to grow their business and have operations in Red Lodge, Billings, the Pryor Mountains and East Glacier.

They continue to also work with the Crow Indians on their hunting operations. The name Elk River pays tribute to the Crows, as it was their name for the Yellowstone River.  The Edward family invites you to experience the best of Montana adventure in this region, with them.